In the season four finale of Orange is the New Black, tensions between guards and inmates came to a head. The inmates joined together in an “Oh Captain, My Captain” style peaceful protest – all standing atop tables in the cafeteria during dinner. However, the peaceful protest soon turned tragic when reviled guard, Piscatella, orders the other guards to pull the women down off the tables. Fans watched in horror and disbelief as beloved character, Poussey Washington, was crushed to death in the chaos that ensues. As the other inmates mourn Poussey’s death, viewers watched prison director, Joe Caputo, struggle with the bureaucracy of MCC, the private corporation that runs the prison, and their delay in reporting Poussey’s death to the authorities and her family. In the end, Poussey’s dead body lays on the floor in the cafeteria for almost a full day before the coroner comes to collect it.

One of the central themes of the episode is the implied disrespect of leaving Poussey’s body on the floor for a full day. The other inmates’ and Caputo’s reactions to MCC’s failure to immediately notify authorities and remove the body mirror the assumption present in American culture that a death must be immediately reported and that there is something inherently wrong with having a corpse stay at the location of death for any length of time.

While the specific circumstances of Poussey’s death during a prison riot did seem to require more immediate action, the law in the state of New York, the location of the fictional prison, requires that a death be registered “immediately and not later than seventy-two hours after death.” So, while it appears that the prison should have contacted the coroner “immediately” after Poussey’s death, because the coroner van arrived at the prison approximately twenty-four hours after her death – within the required seventy-two hour time frame – it seems that prison officials did not violate New York law.

BONES: When Do People Lose Their Identity After Death?

In modern American culture, death and human remains are not typically discussed.  Despite this, Fox’s very successful television series Bones, just began its eleventh season.  This show follows the cases of a forensic anthropologist and FBI agent who identify human remains and determine what happened to the person.

The show’s main protagonist, Dr. Temperance Brennan (also known as “Bones”), is a world renowned forensic anthropologist who is often criticized for her logical, rational, and unemotional demeanor in addressing human remains.  However, Dr. Brennan devotes her life to identifying the deceased and telling the story of the individual’s life and death based upon his or her bones.  She also recognizes the importance of identifying all human remains.  In Dr. Brennan’s eyes, it doesn’t matter if it is someone who died last week or hundreds of years ago, all bones are human remains that have an identity and a story to be told.  Her job is to tell their stories for them.

For example, in Season 1, Episode 9, Brennan’s team members want to attend the work Christmas party and do not see the importance of rushing to identify human remains, which had been sealed up in a fall-out shelter for fifty years.  Everyone, other than Brennan, seemed to think that the age of the bones meant the person was not entitled to the careful attention of his story being told like someone who was recently murdered.  However, Dr. Brennan was insistent that she wanted to determine his identity, even if it meant missing the party.  Interestingly, after the others had learned more about his life – by opening up the suitcase that was found with the remains, which offered clues to the story of his life and who he left behind – the others on the team became increasingly interested in not only identifying the remains, but in determining what happened and informing the surviving relatives. This reaction highlights people’s tendency to dissociate bones from the person they once were. society’s tendency to dissociate human remains and one’s identity.

Even though on the surface it seems that Dr. Brennan confronts death in a sterile, scientific way, she actually treats human remains with more reverence than most people. Because unlike society who devalues human lives if they do not recognize the person, Dr. Brennan always recognizes that bones are never just bones, but instead represent an individual with a story to be told. 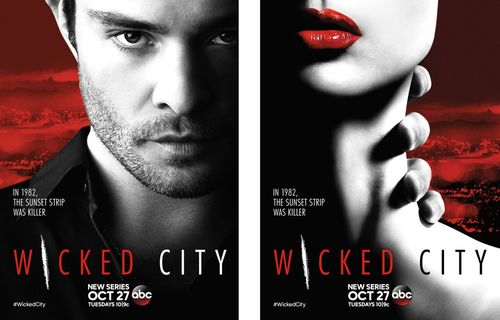 This is not a blog about pop culture (been there, done that), but I have been itching to post about Wicked City since I first saw the first teaser promo in May and now that the promos are in heavy circulation and the premiere date approaches, it is time.