In the opening months of the Civil War, soldiers were buried near the place they died.  But as wartime casualties began to mount and it became apparent that the war would last longer than initially expected, Congress saw the need to create a new system for respectfully processing the startling numbers of casualties.  In July 1862, Congress authorized President Lincoln to purchase land to be developed into a national cemetery for soldiers who give their lives in the service of their country.  This was the first piece of national legislation suggesting a national cemetery.

Arlington National Cemetery is easily the most famous of these cemeteries.  The land encompassing what is now Arlington National Cemetery was once inhabited by General Robert E. Lee and his wife, Mary Anne Randolph Custis, granddaughter of George and Martha Washington.  After Virginia joined the Confederacy and ceded from the Union in May 1861, the Union Army occupied the property.  Three hard years later, Quartermaster General Montgomery C. Meigs recommended the property be used for the burial of war dead.  On May 13, 1864, Private William L. Christman became the first person laid to rest at Arlington.  A month later, Secretary of War Edward M. Stanton ordered General Lee's home, Arlington Mansion, and up to 200 acres of the property be used as a cemetery.

Will Minnesota have a Third Veteran's Cemetery?

Redwood County in Minnesota has been developing a veterans cemetery since mid-2014, but has met several roadblocks in this process. The Redwood County Board of Commissioners has committed up to $1 million for this parcel, and around August 2014 agreed to purchase over a 63 acre parcel of land for $537,710. The plan behind this land purchase is for Minnesota approve the land, and the County would then donate the land to the state for the “multi-million dollar effort to develop the cemetery in the area.” However, the project has stalled since the purchase of the land, seemingly due to a combination of funding, planning, and bureaucracy issues. For one, a mile-long gravel road that leads to the parcel of land would have to be paved, at a cost of “hundreds of thousands of dollars” that appears to have to come from local tax levies (not state or federal funds). Additionally, the state of Minnesota is currently in the middle of two other cemetery projects, and the impression is that work on the veterans cemetery would not begin until both of the in-progress cemeteries are completed – which could take until some time in 2016.

Posted at 10:00 AM in Cemeteries, Funeral and Cemetery Law class, military | Permalink | Comments (0)

Our Baby Boy — Remembering the Dead of Antietam

While driving from Indianapolis to Baltimore last week, I saw a sign for the Antietam National Battlefield, a national park. I'd never visited Antietam, but was struck by the description of the battle in the excellent documentary Death and the Civil War. A "quick" detour turned into a 3 hour visit as the afternoon sun faded. I'm so glad I took the time. 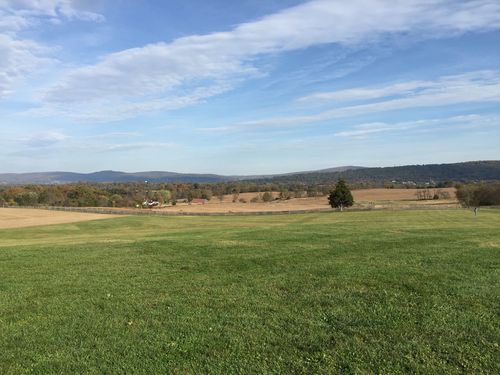 Continue reading "Our Baby Boy — Remembering the Dead of Antietam" »

The Pursuit of Military Burials for Unclaimed Veteran Cremains

All across the country there are abandoned cremains sitting in funeral homes and hospitals. There has been a movement to take abandoned veteran remains and give them the proper military funeral they deserve. One of the largest organization that tracks down abandoned veteran remains is the Missing in America Project (the "Project"). The Project's mission is to locate, identify, and inter unclaimed veteran cremains in order to bury them with the honor and respect they deserve. To date, the Project has found over 12,000 cremains, identifying about 2,700 of those being veteran cremains, and interred over 2,500.

In Nebraska, the only two members of Missing in America Project's Nebraska chapter, estimate that the ashes of hundreds of veterans go unclaimed each year. State law requires funeral homes to keep ashes for 60 days. After the 60 day waiting period and a "reasonable attempt" to contact family and friends, a funeral home can bury the remains, scatter them or throw them out. The members of the Project in Nebraska want to inform funeral homes that there's another option, and that is to hand over the remains to groups like theirs. The hope was that a new law would help convince funeral homes to hand over the unclaimed veterans ashes.

Nebraska passed the law in March which allows funeral homes and crematoriums to work with VA-affiliated groups like the Missing in America Project to identify unclaimed ashes of veterans or spouses, then turn them over if they qualify for interment in a veterans' cemetery. It was not illegal for funeral homes to turn over the unclaimed ashes before, but the new law protects them from liability if a distant family member shows up later.

Bill Henry, one of the members of the Project's Nebraska chapter has said that the new law has not helped convince funeral homes to give him the unclaimed ashes. He says that funeral homes are still holding them and aren't really providing him with reasons why they are doing so. He said some have said they are still reviewing the new law and others have claimed to not have even heard about it. In order to make sure that everyone knows about the law and his organization he has mailed each of the nearly 300 funeral homes in the state and plans to visit each personally as fast as he can. With Henry's persistence hopefully many more veterans will get the dignified military funeral they deserve.

"River City" and the Importance of the Military Death Notification Process 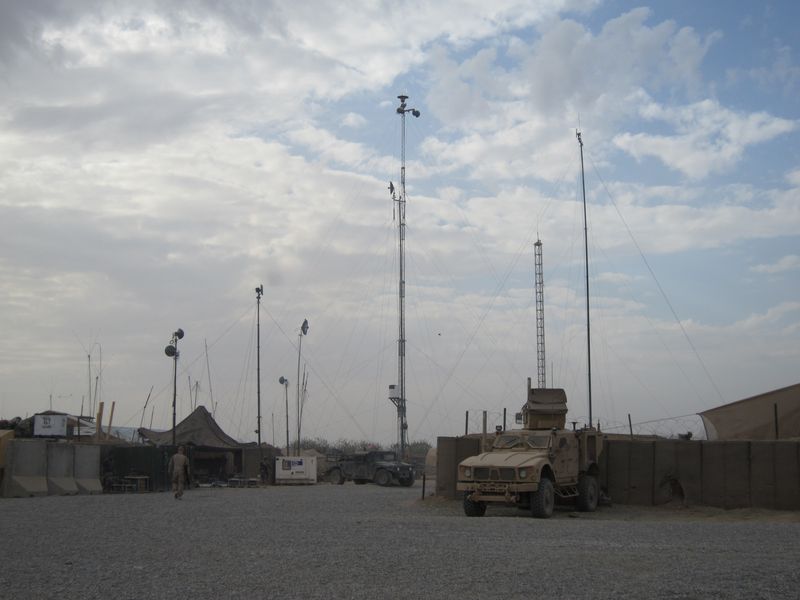 Military service members are required to submit and annually update DD Form 93, Record of Emergency Data, to the Department of Defense. This document allows service members to designate whom the military should notify in case of emergency or death. When a service member dies, designated members of their service branch are required to notify their next of kin. Each branch establishes policies for this process. For example, the Army requires that a uniformed service representative notify the next of kin within four hours after learning of the death.

During the past few years of the wars in Iraq and Afghanistan, social media has complicated military death notifications. For example, Ariell Taylor-Brown, the wife of Army Staff Sergeant Christopher Brown, was informed of her husband’s death via Facebook. A member of his platoon contacted Ariell immediately after Staff Sergeant Brown was killed by a roadside bomb in Afghanistan.

This circumvention of the casualty notification process can result in the next of kin being informed when they are alone and without any answers or explanations from military officials. However, leaks of service member deaths through social media have been fairly well contained. When a service member dies in a combat zone, the entire area of operation goes into what is called “River City.” River City is military jargon for a communications status, “Reduced Communications,” which is a total blackout of any and all non-operationally oriented communication assets. When River City is implemented, service members are prevented from contacting the outside world until the fallen service member’s family has been notified. River City can prevent service members from communicating with loved ones at home for a period of a few hours to a few days, but it is a necessary sacrifice to protect the dignity of the men and women who have made the ultimate sacrifice.

Spc. Terry Harrison, a member of the Wisconsin National Guard has been suspended indefinitely from the funeral honors detail after she posted two pictures of military funerals to her Instagram account. In its terms of use Instagram prohibits violent, nude, discriminatory, unlawful, hateful or pornographic content as well content that may harass, threaten or contain private or confidential information. The pictures Harrison posted do not violate any of Instagram’s terms of use nor do they violate any state or federal laws. However, her postings sparked outrage from her fellow soldiers as well the community as a whole. The comment “we put the FUN in funerals” has caused Harrison to receive death threats and the Guard is taking measures in order to protect her.

Harrison may not have violated any state or federal laws but she is under investigation, along with other members of the Guard in the photos, and may receive punishment under the Uniform Code of Military Justice. Major Paul Rickert, Wisconsin National Guard’s director of public affairs, said that the photos and comments do not portray any misconduct during the performance of actual military funeral honors. Rickert added that the Guard expects all soldiers who carry out this detail to handle it with professionalism and honor and these photos and comments do not appear to align with those values.

Maj. Gen. Donald Dunbar, the Wisconsin adjutant general who ordered the investigation, said he was “appalled” by the photos. Gen. Frank Grass, the Chief of the National Guard Bureau at the Pentagon, has directed the Army National Guard to conduct its own investigation of the matter.

Sixty-three years after his death in action, a Korean war veteran’s body has been returned to his wife. Joseph Gantt joined the United States’ Army in 1942 and served in World War II. After arriving home from his tour in the South Pacific, he met and married his wife, Clara. In 1950, he again was deployed to serve as a medic in the Korean War. A few months into his time in Korea, he was captured by North Korean forces and later killed.

Clara waited for her husband’s return for sixty-three years with no closure and only the hope that the presumption of his death and missing in action status were just the wrong guesses about her husband made by the U.S. Army. Clara never remarried while she waited for Joseph’s return.

Finally, in December of 2013, Sgt. Gantt’s body was returned to his wife in Los Angeles and was laid to rest. His body is one of three Korean war veteran that have been identified and returned to their families in the last two years.

More than 83,000 soldiers remain missing and unaccounted for from the American military conflicts of the last hundred years. The Defense Prisoner of War and Missing Person Office was created in 1993 and is a part of the Department of Defense. This federal agency’s purpose is to limit the Americans lost and captured serving the in the military and is working daily to recover and identify America’s fallen soldiers.

The Department of Defense uses circumstantial evidence and other modern methods, like dental comparison and mitochondrial DNA analysis to match remains like Gantt’s to relatives and determine body identifications.