Earlier this year, the Islamic Society of Greater Worcester purchased 55 acres of farmland in the city of Dudley, Massachusetts, to use as a Muslim cemetery. However, their proposal was denied by town officials due to alleged “traffic and environmental concerns.” In response, the group filed a lawsuit against the town in Massachusetts Land Court claiming that the denial was based on anti-Muslim bias, and that town officials had engaged in discriminatory practices that violated the group’s religious rights. 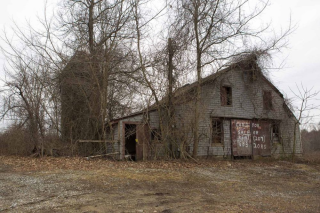 Town officials released a statement denying the allegation, stating that the “Town's zoning and land use practices do not violate any religious rights of the Islamic Society, nor do such practices discriminate against any assembly or institution on the basis of religion or religious denomination." The Town further claimed that town meetings were held where residents of Dudley voiced their concerns about possible problems that could arise from the cemetery. Between the reasons stated were noise concerns, vandalism, an increase in traffic on the road where the cemetery would be built, and potential contamination of groundwater because “Muslims traditionally do not embalm bodies and bury their dead without coffins.”

Last August, Federal prosecutors launched an investigation to determine whether the town’s denial rose to discriminatory treatment under the Religious Land Use and Institutionalized Persons Act (RLUIPA). However, the question remains, is the town of Dudley basing their decision on anti-Muslim bias? More importantly, are they legally allowed to do so?

Unfortunately, Dudley isn’t the first town to resist construction of Muslim cemeteries. Carlisle, Pennsylvania; Farmington, Minnesota; and Farmersville, Texas, are among some of the Towns that have pushed back against Muslim cemeteries. The number of Department of RLUIPA investigations involving institutions related to Islam has increased 38% since September 2010.

In a similar case United States v. City of Lilburn from 2011, the Department filed a suit against the City of Lilburn, Georgia for “its unlawful conduct in violation of RLUIPA.” The suit alleged that the City of Lilburn changed its ordinance to prevent the Shia Muslim community to build a new mosque at its current location. “The suit included allegations that the city’s denial of approval was the result of bias against Muslims and that other similarly sized and situated places of worship had been permitted.” Ultimately, they reached a consent decree that allowed the Shia Muslim community to build a mosque.

Since implemented, RLUIPA has “protect[ed] individuals, houses of worship, and other religious institutions from discrimination in zoning and landmarking laws.”  It provides judicial relief for individuals whose rights are violated, and also “authorizes the Department of Justice to bring suit to uphold people’s rights.”  “Section 2(a) of RLUIPA bars zoning restrictions that impose a ‘substantial burden’ on religious exercise, unless the government can show that it has a ‘compelling interest’ for imposing the restriction and that it is the least restrictive way for the government to further that interest.”

To successfully argue that Dudley violated RLUIPA, the Department has to prove that the regulation (1) imposes a substantial burden, (2) on “religious exercise”, (3) of a person, institution or assembly.  There is no doubt that the Islamic Society of Greater Worcester satisfy prong 2 and 3, but whether a substantial burden exist is a relative determination. “[W]hether a given burden is substantial depends on its magnitude in relation to the needs and resources of the religious organization in question.” It seems that the religious group is currently significantly burdened because it has to bury it’s dead a distant 60-mile drive from Worcester. The Muslim cemetery “would make it much easier for Muslims in the area to bury and visit their dead.” It is unclear whether Dudley will let Islamic Society of Greater Worcester build their Muslim cemetery, but what is clear, is that both groups are not going down without a fight.

Who pays for the mistake?: What Happens When the Wrong Body Gets Cremated

The actual wrong in this situation appears to be depriving someone of the right to determine the place and method of disposition of the body.  But to provide a cause of action for that right being violated, don’t we have to know whose right it is in the first place?  Is it the decedent who has been deprived of having his or her wishes fulfilled? Or is it the living members of the family?

Massachusetts regulations provide that a funeral establishment should first give effect to the wishes of the deceased as to disposition, which have been expressed in a written document.  Only if there is not such a written document does Massachusetts law appear to permit a decedent’s kin to make a decision about disposition.  So here, it appears that it is the decedent, not really the family members, who is being deprived of a legal right. If the decedent’s rights are being violated, should family members really have a claim for emotional harm when it is not their right that has been violated?  On the other hand, absent a statutory remedy, are they left without any recourse against the funeral home and crematory?

In my opinion, the answer is that we have to let the legislature decide.  State legislatures should work to have a clear statute with a clear remedy in place so families know what sort of claim to bring when mistakes like this happen.

Posted at 08:23 AM in Cremains, Funeral and Cemetery Law class, Massachusetts | Permalink | Comments (0)

The South Boston Planning Commission and South Boston Town Council recently voted to amend its zoning ordinances to add funeral homes to the list of commercial uses permitted “by right” in certain zoning classes.  This amendment has allowed Brooks Lyons Funeral Home, which was already operating on South Main Street, to expand to property on the other side of Broad Street.  This expansion was vital to keep the business growing, especially given that the business was landlocked in its current location (where the zoning amendment would not have been necessary).

In a recent post, Danger Zoning: Denial of Crematory Plans by Local Planning and Zoning Commissions, I wrote about zoning commissions denying plans to establish crematories in certain areas on the basis of public opposition, mostly based on emissions concerns.  However, when the plan is for a funeral home, rather than a crematory, those emissions concerns disappear.  Accordingly, it seems that towns and zoning ordinances are more likely to permit variances or to amend zoning ordinances to allow funeral homes to operate in the absence of those concerns.  In fact, in a story referenced in my previous post, the proponent of the zoning variance planned to continue with the funeral home portion of the plan, despite the zoning commission having denied the crematory plan.

While this story does seem to help the argument that getting approval for funeral homes is easier than for crematories, many times these owners must still seek a variance or an amendment to a zoning code before placing a funeral home in a given zoning district, even for a district already zoned for commercial uses.

Part of the problem with these ordinances is that they sometimes rely on enumerated lists of what businesses are permitted, rather than broader categories.  This means that if a city council happens to leave funeral home off of the list, then owners are forced to go through the time and expense of seeking an amendment, like Brooks Lyons Funeral Home did in South Boston, before it can proceed.

It boils down to this, even when people stigmatize services like funeral homes or don’t want them around, eventually, we all need one.  These businesses serve the community just like any other goods and services provider.