Home Archives Profile Subscribe
Death by Headstone: Should Cemeteries Do More to Protect Their Visitors?
Reef Balls: An "Environmental" Option for the "Hippie" Generation?

Life and Death in Outer Space 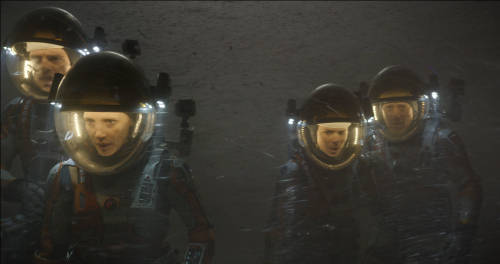 Astronomy World recently posed the following hypothetical, “could an astronaut’s corpse bring new life to another world?”  The answer to this question turns out to be yes; there are apparently several different ways in which the death of an astronaut in space could lead to the development of extra-planetary life.

There are two proposed ways in which an astronaut, through dying in space, could bring life to other planets.  First, an astronaut could deliver microbes from earth onto another planet, and given certain conditions, those microbes could survive the journey and begin life anew on another planet.  Second, even if no microbes survived the trip to another planet, the landing of a human corpse on an alien planet could potentially spur the creation of totally new microorganisms.

Astronaut Corpse as Microbe Delivery System. It may seem impossible for microorganisms to survive the harsh conditions of space, but scientists have already documented microorganisms surviving incredibly hostile conditions on earth.  As Gary King, a microbial biologist at Louisiana State University, stated, “We’ve pulled microbes out of permafrost, and there we’re talking about organisms surviving around one million years in suspended animation.  Especially if the trip is somewhere close, like to Mars, bacterial spores in the human body will survive for sure.”  That being said, space is still not an ideal environment for even the toughest of microbial lifeforms.  Factors that would limit microbes’ ability to survive space flight on the corpse of an astronaut include the corpse’s container, its storage environment, and its flight time.  Flight time would probably be the most important factor – the longer a microbe floats through space, the more ambient cosmic radiation it is absorbing.  While many microbes are far more resilient to radiation exposure than human beings, at a certain point, there is a level at which radiation exposure becomes far too great for any lifeform to withstand.

Astronaut Corpse as Spark of Life.  Therefore, an astronaut’s corpse could possibly reach an alien planet with no surviving microbes remaining.  But this is not necessarily the end of the story.  An astronaut corpse landing on an alien planet could still possibly serve as the “spark” to new life.  Given certain environmental conditions, an astronaut’s corpse could serve “‘as a sort of starter-pack of chemistry to bootstrap the [genesis] of new life.’”  Such a scenario is not likely, but is possible, says Lee Cronin of the University of Glasgow.   The ideal situation, according to Cronin, would not be a single astronaut corpse falling to a planet, but instead “an entire doomed crew.”  More corpses would mean greater availability of certain organic molecules, considered to be the building blocks of life.