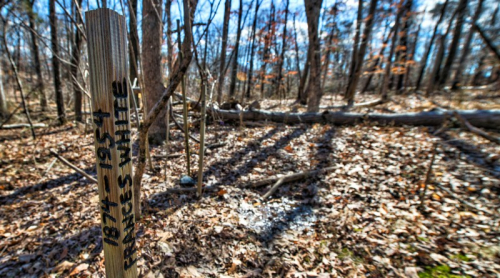 Outside of Washington, D.C., construction on a new interchange is encroaching on a marked slave cemetery. Residents in Loudoun County, Virginia, are worried about the new construction  on the interchange between Belmont Ridge Road and Route 7. These residents have been restoring and protecting the cemetery as an integral part of Loudoun County's history.

Pastor Michelle Thomas of the Loudoun Freedom Center is one of the cemetery's biggest advocates. The mission of the Center is to "eliminate injustice and engender hope, understanding, and reconciliation . . . as it relates to the lives & contributions of the enslaved . . . who may be buried throughout Loudoun County." Thomas and residents in the area discovered that the construction moved the cemetery's fence line, and some digging had occured.

In the course of construction, trees that protect marked and unmarked graves were removed. These trees protect the cemetery from erosion and vandalism. Virginia Code §18.2-127 makes purposeful destruction of cemeteries and burial grounds a criminal act. It is even a felony to destroy or damage marked gravestones. These statutes do give the residents of Loudoun County and the Center a legal remedy for any damages to the cemetery, but would essentially require a neighborhood watch after the removal of the trees.

Although a spokesman for the county assured residents that the cemetery will remain undisturbed, residents are still worried. The County promises to monitor the area for those trying to disturb the remains, but the nearby residents are remaining vigilent. These guardians of the slave cemetery wish to ensure that the dignity and respect they've worked so hard to restore remains intact.