The selfie: the twenty-first century self-portrait born from the union of technology and vanity. Fortified by social media, what started as a teenage fad soon shattered generational barriers and grew into a global obsession that knows no bounds. If you have a smartphone and the dexterity to hold it just above your head at a forty-five-degree angle, you can take a selfie. With a few more taps, that selfie can be uploaded to Twitter, Facebook, or Instagram, ready for all the world to see and react.

But what happens when the digital and death collide? In September, a bereaved Rose Molina accused Texas funeral director David L. Jones of taking a selfie as her cousin’s casket was loaded into its hearse. Molina first noticed something was off when she saw Jones lift his phone into the selfie position. “You could see that he had it kind of angled, you know. You have it positioned in a certain way to catch the background.” Molina confronted Jones, who assured her he was just adjusting his tie. Molina wasn’t convinced. 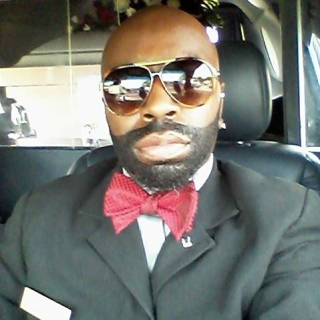 With a little digital digging on Jones’ Facebook page, Molina disinterred a collection of selfies he had taken in front of caskets and hearses. In one selfie that shows Molina in a red bow tie standing in front of an empty hearse, a Facebook user commented: “Looking ready to take on the world and win!!!!” Juxtaposed against the hearse’s inherent indication of loss, the post is rich with callous irony.

After the finding, Molina told a Houston TV station that the incident “tainted” her cousin’s funeral, and she intends to file a complaint with state officials. Kyle Smith, a staff attorney for the Texas Funeral Services Commission (TFSC), told the New York Post that Jones had been licensed as a funeral director since December 1, 2011, and had no previous complaints against him.

According to Smith, if TFCS were to find Jones guilty of unprofessional conduct, he could face a fine up to $5,000. TFCS will not launch an investigation until an official complaint is filed.

Is Jones' conduct unprofessional? Today, the answer is pretty clearly "yes." Taking selfies of a family's deceased relative's casket without the family's consent is an obvious "no-no" for funeral directors. But would Jones' conduct be unprofessional if it occurred one hundred years ago? In previous centuries, post-mortem photography was commonplace in American culture. Though undoubtedly insensitive to Molina and her grief-stricken relatives, Jones’ selfies evidence a level of comfort wholly antithetical to modern impressions of death. If the selfie obsession is capable of spreading acceptance of death, then perhaps these twenty-first century self-portraits have more to offer than appears at face value.

Great blog post Emily. I agree that consent should first be sought from the deceased person's family, but there is a place for funeral photography if it is used sensitively.