Home Archives Profile Subscribe
Sending Joe the Plumber to Pick Up Grandma's Body
What Treatment of a Corpse will "Outrage Ordinary Family Sensibilities"? 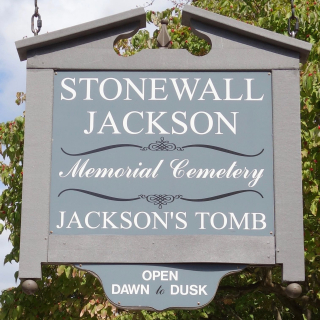 I drove from Winston-Salem, North Carolina to Hershey, Pennsylvania today, en route to the 88th Annual Fall Conference of the New York State Association of Cemeteries.  I stopped in Lexington, Virginia, the home of Virginia Military Institute and Washington & Lee University, to visit the Stonewall Jackson Memorial Cemetery.  I visited Lexington last fall but didn't think to stop by the cemetery.  I made up for that today.

The Stonewall Jackson Memorial Cemetery was founded as the churchyard of the Lexington Presbyterian Church, which established a congregation in 1789.  According to the Church's website,

General Thomas J. ("Stonewall") Jackson was a member of this church from the year of his arrival in 1851 as a professor at the Virginia Military Institute until his death in 1863. Until his departure from Lexington in April of 1861, Jackson taught a Sunday School Class that was well-attended by the town's African-American population. Jackson's next return to Lexington was for burial in the Presbyterian Cemetery on 15 May 1863.

The Cemetery is a beautiful, well-maintained example of a Southern cemetery.  There are a wide variety of tombstone styles, as well as mausoleums. 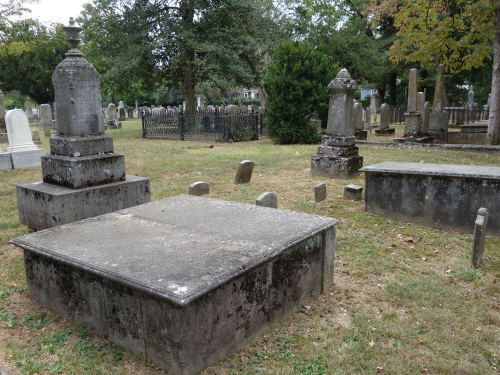 There are a number of lovely family lots, some surrounded by iron fencing and others by stone coping.  Some have consistent tombstone styles and others are quite individualistic. 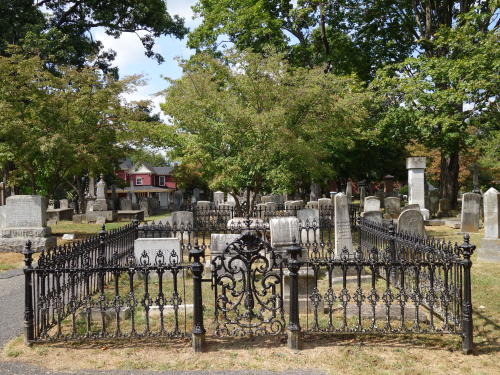 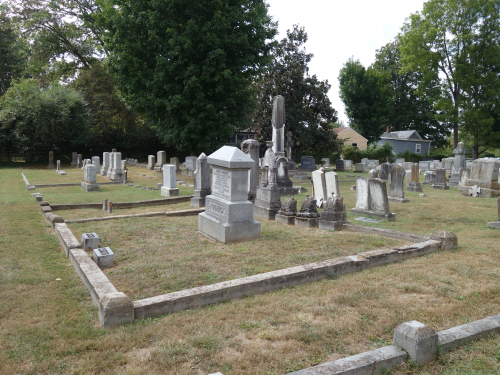 There are also a significant number of graves of Confederate soldiers, many of which are marked by "C.S.A." symbols.

And at the center of the Cemetery is the grave of Stonewall Jackson.

Tomorrow I'll visit Gettysburg National Cemetery.  Jackson didn't make it to the Battle of Gettysburg, which was fought July 1-3, 1863—he was shot and killed at the Battle of Chancellorville a few months before.  Approximately 50,000 soldiers were killed or wounded at Gettysburg, making it the bloodiest battle of the Civil War and ending General Robert E. Lee's final attempt to invade the North.  But Lee did make it back to Lexington, Virginia after the War, serving as president of Washington and Lee University from 1865 until his death in 1870.  General Lee is also buried in Lexington, in the crypt beneath Lee Chapel on the campus of Washington and Lee. 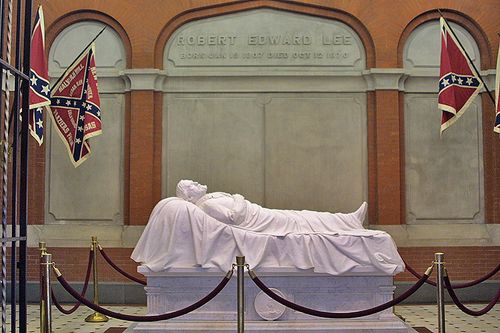