Dealing with Land Scarcity for Cemeteries 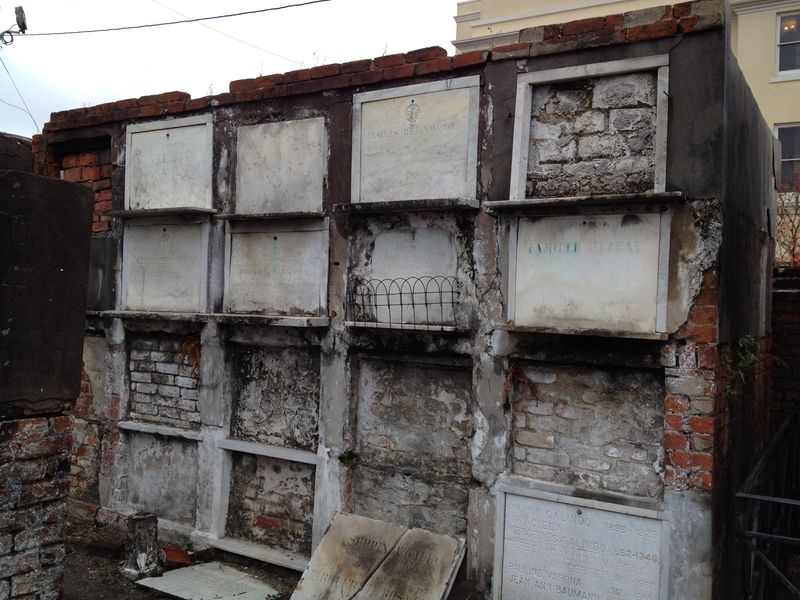 Gizmodo has a neat article about vertical cemeteries, some hypothetical and some existing, which are designed to solve the problem of land scarcity for cemeteries.  The United States does not generally suffer from land scarcity except in very developed urban areas like New York City.  We therefore have a strong social norm of perpetual dedication of a gravesite.  One person, one grave, forever and ever.  (Or at least until someone wants to build a Walmart on the site, or expand a road or runway.)  This idea of perpetual dedication is consistent with the extreme lengths we go to in order to "protect" human remains from decomposition:  embalming, burial in a metal "leak proof" coffin, and encasement in a vault.  (Of course, none of these measures actually prevents decomposition.)

But in more densely populated countries which still practice widespread ground burial, finding land for the dead is a problem.  The solution practiced in a number of European countries is "grave recycling."  A corpse is buried in a manner that encourages decomposition (no metal coffins and vaults), and after a set period of time (usually 20-50 years), whatever is left is disinterred and deposited in a communal ossuary at the cemetery.  The grave is then turned over to the next temporary inhabitant.

Although this idea is foreign to most modern Americans, we have a limited historical tradition of grave recycling.  In 1823, there were more than 600 vaults in lower Manhattan that each held the remains of 10-20 people.  Some still exist.  The best example of dealing with land scarcity in America has been New Orleans.  The photograph above is of a wall vault at St. Louis Cemetery #1 in New Orleans  These wall vaults, which line the perimeters of the older New Orleans cemeteries, were generally rented by the Church for a year and a day.  After that period, the remains were removed, bagged, and placed in a commual ossuary.  Even the family vaults and in-ground graves in New Orleans cemeteries feature grave recycling.  The photograph below is of family in-ground graves in Metairie Cemetery in New Orleans, each of which hold multiple remains. 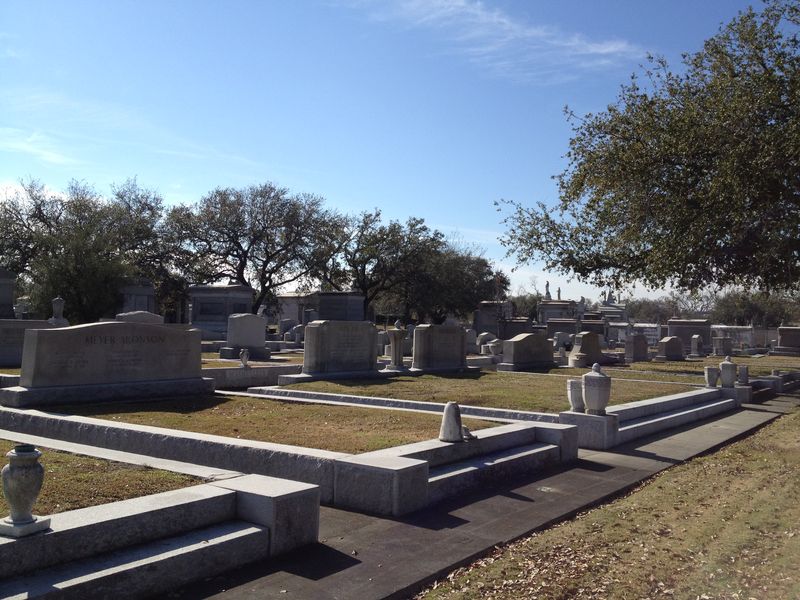 A Funeral Store in a Mall?

The Amarillo Globe News reports that 'Til We Meet Again, a retailer of caskets, urns, and cremation jewelry, has opened its fourth location in Westgate Mall in Amarillo, Texas.  According to the store's website, the other three locations are also in malls:  Esplanade Mall in New Orleans, Towne West Square Mall in Wichita, Kansas, and Christown Spectrum Mall in Phoenix, Arizona.  The existence and expansion of this store into malls is fascinating because it may represent the beginning of a new trend of retail stores selling funeral goods.

But consumer concern about the cost of funerals continues to grow, and interest in pre-planning funerals is increasing.  Internet-savvy consumers have shown that they are comfortable with the idea of purchasing a casket from a retailer such as Costco or Amazon.  Why not purchase a casket from a "bricks and mortar" retailer in a mall?

Standard "prohibited use" provisions in retail leases (particularly in leases with national retailers) prohibit landlords from permitting "funeral homes" or "funeral parlors" within a shopping center.  In the four malls where 'Til We Meet Again has a store, one must wonder whether the mall owner obtained a waiver from the other tenants which prohibit a funeral home or, much more likely, the mall owner has taken the position that a store that sells caskets, urns, and cremation jewelry but which do not handle bodies or arrange funerals is not a funeral home.  That would seem to be a defensible position since these retailers would not be defined as funeral homes under state law.  The expansion of 'Til We Meet Again is particularly significant since Esplanade Mall and Towne West Square Mall are owned by Simon Property Group, the largest mall owner in America.  This may represent a test for Simon -- if the model is successful and customers aren't turned off, we may see more casket stores in malls in the future.