Joshua Baker, a Muncie, Indiana man, has filed a federal lawsuit against the Randolph County, Indiana Sheriff's Department for violating his Fourth Amendment and civil rights after Detectives George Hopper and Robert Scaife discarded his mother's ashes during a search of his home.

According to the suit, while searching Baker’s belongings, Scaife found a “velvet bag” containing a “chrome colored vial.” Upon opening that vial, Scaife “found it contained a (gray) powder” and placed the vial on the kitchen counter. From there, Hopper is accused of taking off his latex gloves and putting “the open chrome vial and the latex gloves in a garbage can located outside the residence, allowing all of the (gray) powder to fall to the bottom of the garbage can,” which was “filled with rainwater.”

“The chrome colored vial that Defendant Hopper picked up and negligently discarded in a garbage can filled with rainwater was in fact the urn and ashes of Mr. Baker’s deceased mother,” the lawsuit says. “Because Defendant (Hopper’s) actions in negligently discarding the remains of a human in a garbage can along with the urn, Mr. Baker no longer has the ashes of his deceased mother.”

Mr. Baker is seeking compensatory damages of approximately $1 million, due to his "damages, pain and suffering, and emotional distress."  He is also seeking punitivate damages and attorneys' fees.

Although Mr. Baker is fighting an uphill battle, this case could be very interesting because although the general rule is that there is no property interest in human remains, Indiana is the only state which has a case that has held differently -- Bogert v. The City of Indianapolis, 13 Ind. 137 (1859), where the Supreme Court of Indiana held that "that the bodies of the dead belong to the surviving relations, in the order of inheritance, as property."  I wouldn't put too much stock in a 154 year old case that is contrary to virtually every other case in an American appellate court over the past 200+ years, but its worth a shot.  The Bogert case could support a claim for conversion in Indiana, which would fail in any other state.

The majority of states require licensed funeral establishments to contain embalming rooms, whether embalming will be practiced on site or not.  Economist David Harrington has concluded that these "ready to embalm" laws increase the cost of burial by an average of $546 and cremation by an average of $313.

Judge John Guthmann of the Ramsey County District Court in Minnesota ruled on October 9, 2013, that Minnesota's statute is an "irrational policy that serves no legitimate governmental objective" as applied to a funeral director who wished to open a satellite sales office that would not handle or prepare human remains on site.  Although the Minnesota court held that the statute is unconstitutional under Article I, Section 7 of the Minnesota Constitution (Equal Protection), this thoughtful and lengthy findings of fact and conclusions of law could be used as a template for courts in other states considering similar challenges under state and federal constititions.

The decision can be found here along with other commentary by the Institute for Justice.

The holding of this opinion is very limited.  Since it was an "as applied" constitutional challenge, the state is enjoined from enforcing the statute only against the plaintiff, not in general.  Any other Minnesota funeral director that seeks to open a sales office without an embalming room will need to file his own lawsuit.

The Minnesota Department of Health has 60 days to decide whether to appeal this decision. 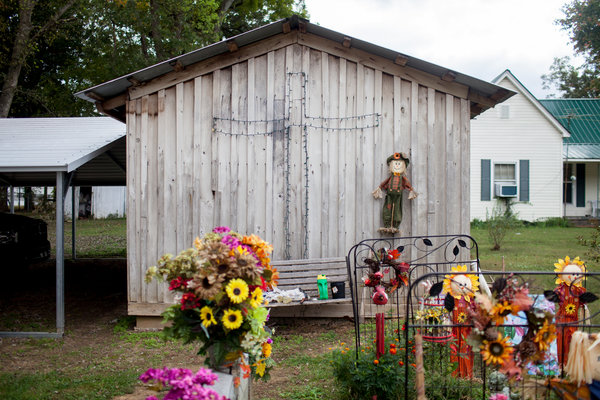 James Davis of Stevenson, Alabama was interviewed by The New York Times about the Alabama Supreme Court's recent decision upholding a lower court decision requiring him to move his wife's remains from the front yard of their home.  The most recent update is fascinating and raises the question, as the Times reporter puts it, about "what the whole fight was about":

On Friday, Mr. Davis was back in court, and while he warned of “an incident” if the city came onto his property, he suggested a compromise: he would dig up the coffin, cremate his wife’s remains and put the urn with her ashes back in the grave. In her dying days, Mrs. Davis had said she was afraid of cremation, Mr. Davis said. But a lot of time has passed since then. “If she saw herself as she is now, I know she would not mind,” he said.

Mr. Edmiston [the city attorney] acknowledged that there was no law against tombstones or the placement of ashes, but he insisted that the coffin and the vault be removed. So if Mr. Davis fully complies with the city’s order, the yard will end up looking exactly as it does now, only with an urn rather than a coffin underneath.

Again, I'm disappointed that the Alabama Supreme Court did not issue a written opinion in this case.  What is the governmental interest in prohibiting the coffin and remains but permitting the internment of ashes and the erection of a tombstone?  Did the city articulate a compelling public health concern?  If so, what was it?  There are few laws regarding the interment of human remains, but lots of opinions.  We could all use a little clarity.

Cemetery of the Day: Harris Cemetery 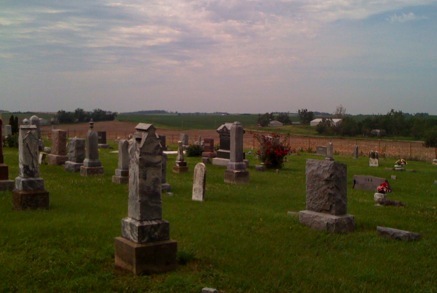 Barada is a village in southeast Nebraska.  In the 2010 census, there were 24 residents.  There were certainly more than that in 1874, when Harris Cemetery was founded.  The cemetery is well maintained by the Harris Cemetery Association.  You have to travel by gravel road to reach Barada, but if you're on your way to Indian Caves State Park, its worth a quick detour. 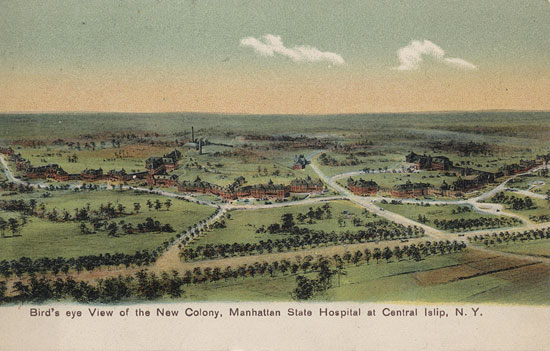 Touro Law Center in Central Islip, New York has taken on a wonderful cemetery restoration project on land adjoining the law school.  The Central Islip State Hospital, founded in 1889, was one of four "farms" on Long Island built to house the sick from New York City.  Like most state facilities that house patients and inmates, the hospital grounds included a cemetery.  When the facility closed in 1996, the land was sold to various buyers, including the Touro Law Center.

Abandoned cemeteries have been a problem in the United States for hundreds of years.  This is a wonderful private/public partnership that will give needed attention to a historic property and those who are buried there.

Thanks to Professor Samuel Levine of Touro Law Center for alerting me to this story.

The law generally gives cemeteries wide latitude to set the rules that will govern the cemetery, including how graves are marked by monuments or otherwise.  Several news stories this week highlight the conflicts that can arise when mourners wish to decorate graves in a way that is inconsistent with cemetery rules.

ABC News reports that Arlington National Cemetery has decided to relax its no-decoration policy to allow mourners of those buried in Section 60 (which includes those who have died in Iraq and Afghanistan) to leave small objects on the graves during the fall and winter months.  This change in policy will not impact the other sections of Arlington or other national cemeteries.

Meanwhile, the AP reports that a 144-year old Catholic cemetery in Lincoln, Nebraska is being cleaned up and unauthorized decorations, including flower pots and benches, are being removed.

Finally, the historic rural cemetery Spring Grove Cemetery, in Cincinnati, Ohio has asked the family of Kimberly Walker, a 28-year old Army veteran who was murdered earlier this year, to remove the more than six foot tall Spongebob Squarepants themed monument marking her grave.  Although the monument, which cost more than $13,000, was designed with a Spring Grove employee, the monument is in violation of Spring Grove's guidelines.  Here's a news story about the Spring Grove controversy:

The Supreme Court has refused to hear the appeal of the Louisiana State Board of Embalmers and Funeral Directors, which challenged the Fifth Circuit's ruling in Saint Joseph Abbey v. Castille. While that is good news for the monks, it is bad news for those who hoped that SCOTUS would take this opportuity to clarify the law.

In 2007, the Benedictine monks of Saint Joseph Abbey began manufacturing and selling cypress caskets.  The Louisiana State Board sought to enjoy their activity, citing a Louisiana law that punishes the sale of caskets by anyone other than a licensed funeral director with heavy fines and imprisonment up to 180 days.  The federal district court that heard the case found in favor of the monks, noting that there was no rational basis in the law.  The Fifth Circuit agreed, noting that that the deference generally extended by the courts to a state’s defense of a regulation “does [not] require courts to accept nonsensical explanations.”

The Institute for Justice represented Saint Joseph Abbey and copies of all the legal documents in the case can be found on their website.

The Law of the (un)Dead

If you’ve been legally declared dead, can you be declared alive again?

That was the question facing judge Allan Davis in Ohio's Hancock County probate court. Donald Miller, 63, had left his job, his wife, two children, and a debt of unpaid child support in 1986. In 1994, Judge Davis declared Miller legally dead under Ohio’s presumed decedent’s law. Miller returned to Ohio “around 2005.” Because of his death, however, Miller was unable to reinstate his Social Security number or driver’s license—which is what brought him to Judge Davis.

Unfortunately for Miller, Ohio law gives presumptions of death a three year statute of limitations. Miller’s appeal started in 2013: sixteen years after the statute of limitations had expired. Judge Davis was confronted with the undeniable fact that Miller was very much alive but the undeniable law that Miller’s presumption could not be vacated. Though biologically alive, Miller remains legally dead. 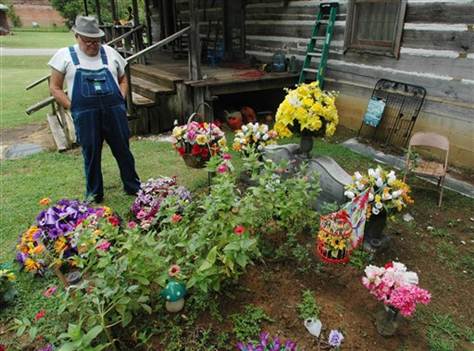 The Alabama Supreme Court has rejected the appeal of Jim Davis, who buried his wife Patsy in their front yard when she died four years ago and has been fighting local government efforts to disinter her ever since.

It has been reported that Mr. Davis, 74, of Stevenson, Alabama (population 1,770), had received permission from the county health department for a residential burial, but was told not to bury Mrs. Davis on his property by the City Council.  He rented a backhoe and buried her anyway.

Unfortunately, the Alabama Supreme Court, which rejected Mr. Davis's appeal by a vote of 5-3, did not issue an opinion in this case.  The split vote suggests that there is ambiguous and conflicting law on the subject.  Many would probably be surprised to learn that the location of burials is generally a matter left to local government and zoning law, and is not controlled by county or state health departments -- once a disposition permit has been issued, in most states a burial can take place anywhere it is permitted.  If local law doesn't prohibit a residential burial, then it is generally permissible.

Without an issued opinion, it makes it much more difficult to untangle the facts and the law, but this case does illustrate that without clear rules, we can end up with tragic and wasteful legal battles where no one is the winner.

From The New York Times:

The families of four soldiers killed in Afghanistan last weekend will not receive death benefits or the money to pay for their funerals because of the government shutdown.

The bodies of Sgt. Patrick C. Hawkins, 25; Pfc. Cody J. Patterson, 24; Sgt. Joseph M. Peters, 24; and First Lt. Jennifer M. Moreno, 25, will arrive at Dover Air Force Base in Delaware on Wednesday. The four soldiers were killed Sunday in the Zhari district of Kandahar Province when enemy forces attacked their unit with explosives.

But if their families want to meet the plane, they will have to pay their own way to Delaware.

Under the shutdown, Carl Woog, a Defense Department spokesman, said on Tuesday, “the Department of Defense does not currently have the authority to pay death gratuities and other key benefits for the survivors of service members killed in action.”

Read the remainder of the article here.